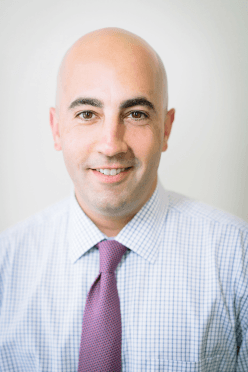 During law school, Mr. Levine worked as a law clerk for the preeminent criminal defense firm of Hirschhorn and Bieber, P.A. Subsequently, he worked in the Public Defenders’ Offices of both Dade and Broward Counties before returning to Wisconsin in 2005 when he joined as an
attorney at the Law Offices of Robert A. Levine. To date, Mr. Levine has tried more than 50
jury trials to verdict in both State and Federal Court and has represented hundreds of clients.  In addition to his primary focus of criminal defense, Mr. Levine handles civil matters as well.

Mr. Levine has earned a reputation amongst his peers as a talented and zealous attorney. Mr. Levine is a member of both the Wisconsin and Florida Bars. Mr. Levine is also a member of the Milwaukee Bar Association, Eastern District of Wisconsin Bar Association, National Criminal Defense Lawyers, and Wisconsin Criminal Defense Lawyers. Mr. Levine was selected as a Super Lawyers Rising Star in 2011, 2012, 2014, 2015, 2016, 2017, and 2018, he was selected as a Super Lawyer in 2022, he has a 10.0 AVVO Rating, was named Top 100 by the National Trial Lawyers in 2015-2022, was given a lifetime achievement recognition by the America’s Top 100 Attorneys in 2020 and he has been recognized as one of the top Criminal Defense Attorneys by multiple local publications including M Magazine and Milwaukee Magazine.

In addition to his legal practice, Mr. Levine is a real estate developer and commercial real estate broker with experience in real estate investment, development, and consulting. He has specialized in commercial tenant representation over the past twelve years and has completed over twenty-five million dollars in real estate related transactions comprising hundreds of thousands of square feet either leased or acquired.

To schedule a free, no-obligation case review, please contact us online or call us at 414-271-9585 to speak with our legal team. Se habla español

Ready to work with Levine Law?
Get Started!